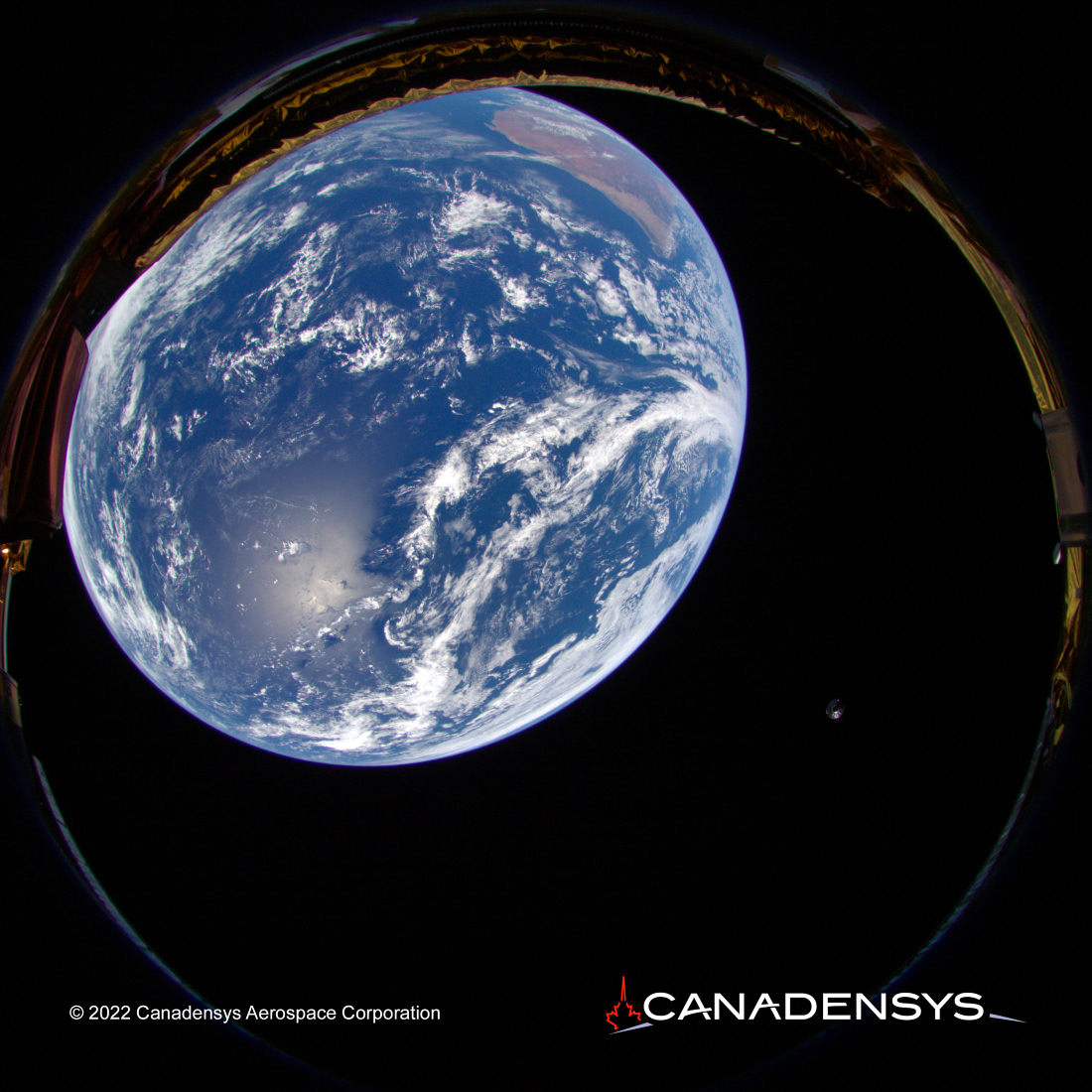 (Toronto, Ontario – December 14, 2022) Canadensys Aerospace Corporation is pleased to announce that its multi-camera AI-enabled lunar 360-degree imaging system is now on its way to the Moon.  On December 11, at the Kennedy Space Center in Florida, the imaging system launched into space aboard the Japanese ispace Hakuto-R lunar lander, on a SpaceX Falcon 9 rocket. As part of the in-space check-out procedure on its way to the Moon, one of the cameras in the system captured this spectacular image of our home planet. Also visible in the image is the spent 2nd stage of the Falcon 9 rocket, as it falls away from the Hakuto-R spacecraft.

Frank Teti, General Manager of the Canadensys Toronto facility that designed and built the imaging system, stated “We are very pleased with the performance of the imaging system, and with the quality of the first in-space images we have obtained.  Designing systems to operate in the harsh environment on the lunar surface is always a challenge, but one we feel we have solved. We look forward to sharing equally spectacular images when we touch-down on the Moon.”

Among other tasks, the lunar imaging system will be used to image each of the Japanese Aerospace Exploration Agency (JAXA) and the United Arab Emirates Mohammed Bin Rashid Space Centre (MBRSC) rovers, as they are deployed from opposite sides of the ispace lander soon after arriving on the Moon’s surface sometime in April 2023.

“We are thrilled to be on our way to the Moon with this incredible technology, and thank the Canadian Space Agency for providing some of the funding to enable our mission, as well as ispace and SpaceX for handling the complex launch and transportation challenges. We look forward to continuing the exciting lunar exploration collaboration with our Japanese and Emirati colleagues on the surface of the Moon,” says Christian Sallaberger, President & CEO of Canadensys Aerospace.

Canadensys Aerospace Corporation is one of Canada’s most innovative space systems companies servicing customers around the world. We blend our advanced space hardware capabilities with smart, ruggedized designs to develop unique solutions for planetary, orbital and terrestrial environments based on modern, commercial business approaches to space program and mission development.